A year of resistance: How youth protests shaped the discussion on climate change 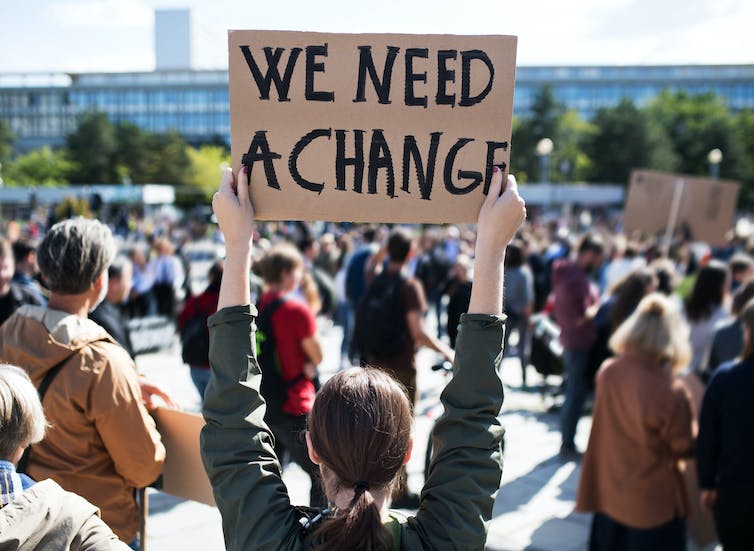 Greta Thunberg made history again this month when she was named Time Magazine’s Person of the Year. The 16-year-old has become the face of youth climate action, going from a lone child sitting outside the Swedish parliament building in mid-2018 to a symbol for climate strikers — young and old — around the world.

Thunberg was far from the first young person to speak up in an effort to hold the powerful accountable for their inaction on climate change, yet the recognition of her efforts come at a time when world leaders will have to decide whether — or with how much effort — they will tackle climate change. Their actions or inactions will determine how much more vocal youth will become in 2020.

Thunberg coined the hashtag #FridaysforFuture in August 2018, inspiring students globally to hold their own climate strikes. Many of them argued that adults were not doing enough to address the climate catastrophe. Today’s youth saw themselves on the generational front lines of climate change, so they walked out of their schools to demand transformative action. 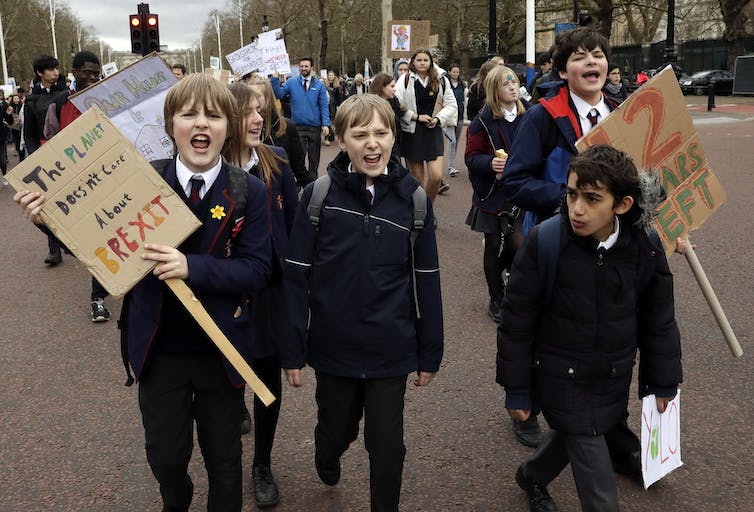 Students take part in a climate protest in London in March 2019.
AP Photo/Matt Dunham
The strikes spread throughout the fall and winter, and spilled over to 2019. Students in the United Kingdom joined the movement on Feb. 15, 2019 with a mass mobilization, on the heels of Australia, Switzerland, Germany, Japan and many other countries around the world. They skipped school because they felt there was no point to school without a future, and their resistance took their grievances around generational injustice directly to elected officials.

Fridays for Future now estimates that more than 9.6 million strikers in 261 countries have participated in climate strikes. And Thunberg herself has met with hundreds of communities and numerous heads of state. While Thunberg’s celebrity has paved the way for the climate strikes to scale up — her work rests on decades of climate activism that have made this year’s mobilizations possible. 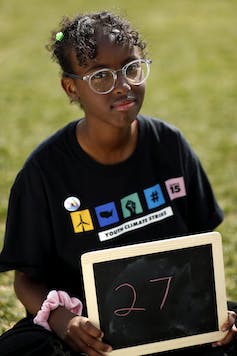 Youth climate activist Isra Hirsi will be 27 in 2030, the year that scientists say the planet will be stuck on a path towards dangerous warming.
AP Photo/Jacquelyn Martin
Indigenous activists like Vanessa Gray, Nick Estes, Autumn Peltier, Kanahus Manuel and many others whose work bridges sovereignty and environmental damage have also played an important role. They have helped shift the climate movement toward the framework of climate justice, which acknowledges the intersections of colonialism, racialization, capitalism and climate change.

This moment also builds on environmental justice movements. Young activists like Isra Hirsi, Cricket Cheng, Maya Menezes and others have been building movements where a racial justice lens brings the climate movement into focus.

While these leaders may not have been recognized with Time Magazine’s Person of the Year, their work has significantly reshaped the climate movement. They are helping politicize a new generation of climate activists who understand climate change not as an isolated phenomenon, but one with roots in a capitalist system that is inherently racist, colonial, sexist and ableist.

This year has also seen Indigenous-led resistance to climate change and the related oil, gas, fracking, hydro and other natural resource extraction too.

Secwepemc leaders and their allies have built tiny houses to prevent the Trans Mountain pipeline expansion from being forced through unceded Secwepemc territory. In Mi’kmaqi and Wolastoqey territory, there’s been resistance to fracking. Across northern Manitoba, Cree and Nishnaabe communities are resisting hydro projects they say will devastate their communities.

In British Columbia, nations have fought the Site C dam, which threatens to flood communities, change watersheds and escalate violence against women through work camps filled with men. Inuit and Cree communities in Labrador have resisted the Muskrat Falls hydro project. 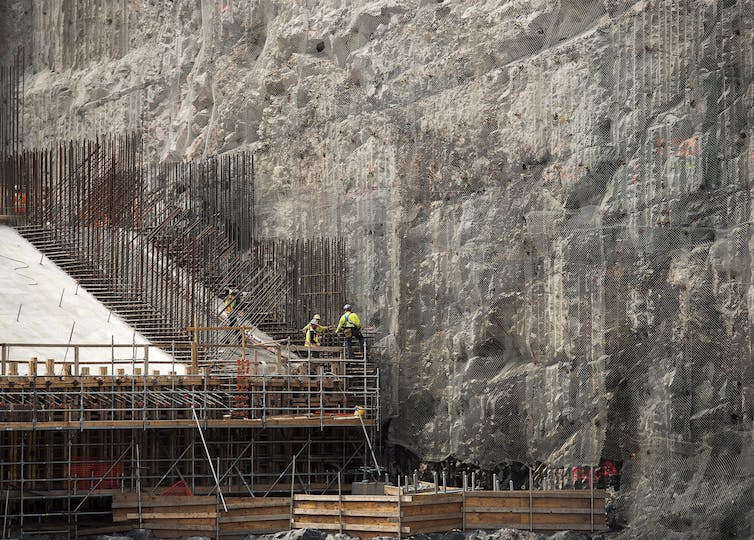 The construction site of the Muskrat Falls hydroelectric facility in Newfoundland and Labrador in 2015.
THE CANADIAN PRESS/Andrew Vaughan
This mirrors Indigenous-led environmental action against colonial energy projects around the world, including work in Karen communities in Thailand, Indigenous peoples in Colombia, Waorani peoples in Ecuador, among Saami peoples and countless other Indigenous nations.

The climate strikes are an example of youth becoming politicized, rejecting adult inaction and demanding more from governments. In the coming years, we can expect the climate movement to keep growing, become even more politicized and escalate the intensity of tactics.

When governments resist reasonable requests, decades of social movements teach us that activists escalate. We can look at the histories of the HIV/AIDS movement, the Civil Rights movement, African liberation struggles and “poor people’s movements,” which show us that when people get pushed out, they turn up the pressure.


That escalation is necessary to win substantive change. Escalation is not usually seen by the public as nice as polite entreaties, but research clearly shows that direct action leads to change.

Greta’s recognition by Time Magazine will continue to inspire more young people to join their peers in demanding bold climate action like the Green New Deal and to use the legal system as a tool by suing governments over climate inaction.

If elected officials fail to act, we can expect these young people to adopt more disruptive tactics and do the work on the ground to elect new leaders. Even if they can’t yet vote themselves, there are many ways they can- and will continue to- shape our politics and our future.

[ You’re smart and curious about the world. So are The Conversation’s authors and editors. You can read us daily by subscribing to our newsletter. ]