In the corporate fight club, the environment usually loses 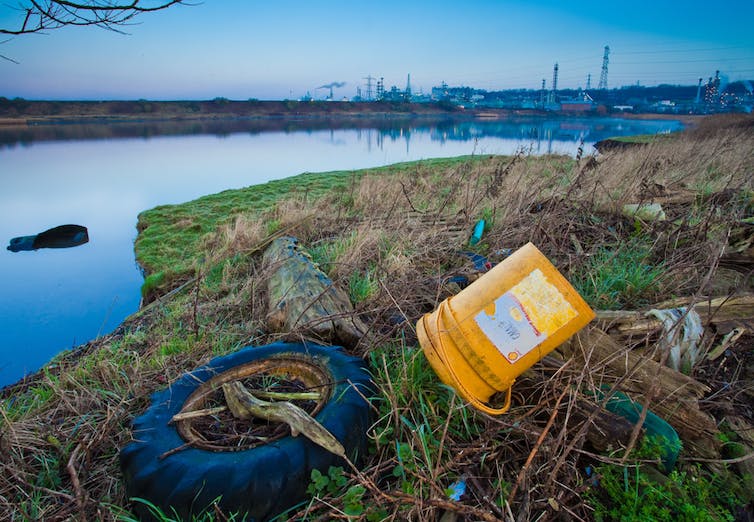 Research shows the environment usually comes off second best when companies are forced to compromise between sustainability and profit.
Mohammad Rhaman/Flickr
Christopher Wright, University of Sydney and Daniel Nyberg, University of Newcastle

A commitment to sustainability has become a typical component of any modern-day corporation’s public face. Visit the homepages of major organisations in any sector, from coal-mining to cola-making, and you’ll find “green” credentials front and centre.

This might be viewed as a predictable and well-intentioned response to mounting concerns over climate change, deforestation, declining biodiversity and other environmental issues. Yet a distinctive component of that response has been to try to incorporate the environment within market capitalism.

For example, last year the UK government’s Environment department initiated an Ecosystems Market Task Force to review opportunities to “value and protect nature’s services”. This is typical of the fast-emerging trend for the environment to be accorded a market worth and for corporations to be seen as the central institutions through which that worth can be maintained.

Consequently, we seem to have reached a stage where both the environment and the market are treated as social goods. It follows then that the two will occasionally have competing interests. So which tends to benefit and which tends to suffer when compromise is inevitably sought? In a recent article in the British Journal of Sociology, we argue it is the market that is almost invariably and overwhelmingly favoured.

The study, focused on the sustainability approaches of a number of Australian and global companies and involved lengthy interviews with their sustainability managers and consultants. They were chosen because their work encompasses precisely the sort of compromises that have come to characterise the relationship between the environment and the market. Many saw their roles as involving not only an allegiance to their employers and shareholders, but also a concern for the environment and society. Some had even changed careers and reconsidered their personal values because of their dedication to environmental issues.

We also analysed a range of relevant material, including corporate sustainability reports, policy documents and statements relating to carbon emissions. As has become de rigueur, many of these were festooned with evocative images of forests, oceans and landscapes, as well as employees’ testimonials about the environment’s significance in their personal and professional lives.

Yet beneath the warm glow of corporate social responsibility lurked the cold reality of economic exigency.

In the cold light of day…

Staff members expressed a keen and genuine interest in the environment, but at the same time were well aware of the constraints of challenging successful business practices likely to exacerbate ecological degradation. As the director of one sustainability consultancy remarked: “It always comes down to the optimum point. You want them to be as sustainable as can be, but you don’t want them to shut down their operation. There’s no simple path through this.”

Moreover, compromise was shown to be at best a temporary resolution – one subject to continued criticism, adaptation and refinement. The next step frequently led only to a new and ‘better’ compromise or an outright shifting of the goalposts.

Take, for instance, environmentalists’ much-publicised claim that bio-fuels cause deforestation and food shortages: the result was the promotion of “second-generation”, more environmentally friendly bio-fuels. Or the company whose initial confidence in its “ambitious” carbon emissions reduction target of 40 per cent was followed by the observation that this would prove “difficult to deliver” because of an increase in business – despite investment in energy-saving equipment and “sustainable” retail outlets.

There are “win-win” situations – say, when new “green” products or initiatives cut costs or enhance revenues – but it is generally acknowledged that these are pursued only when the benefits to the market, not the benefits to the environment, can be guaranteed. In such instances compromise serves to deny the inequality of competing goods. There is no space for a reduction of profit or a decline in growth. Boosting the bottom line remains the primary objective. Ultimately, it is the market that records another lopsided victory.

Ironically, within any organisation it is the individuals who are most environmentally attuned who are also most often engaged in compromising the environment. They accept – albeit sometimes grudgingly – the impossibility of governing innocently. As the environment is reconstructed into a commodity and a tool for profit, they have to get their hands dirty.

One key question is whether the continued expansion of the market might be met with a counter-movement of protection and conservation through legislation. In short, can nature have a legal standing? There may be some hope in this regard.

In New Zealand a river was recently recognised as a legal entity with the same rights and interests enjoyed by a company. Constitutional amendments in Bolivia and Ecuador have embraced specific rights for the environment.

Irrespective of whether they eventually prove of limited practical impact, these fledgling efforts at least illustrate a social awareness of the need for some control over market capitalism’s excesses. They also underline – as if further evidence were needed – that the conflict between the environment and the market is likely to prove a source of even greater friction, criticism and compromise as the physical realities of the natural world’s decline become ever more profound.

Christopher Wright is a member of the Academy of Management

The academy is a funding partner of The Conversation US.